It's not often that a fast food promotion perfectly encapsulates the spirit of the consumers it markets to, but KFC has finally done it.

With their new offer of a free chocolate chip cake with the purchase of a ten-piece meal (or more), the colonel has made it possible to feel even shittier than you normally do after enjoying the original recipe.

While they're not offering a free double down chicken sandwich (which will kill you), cake is high on the list of things you shouldn't pair with KFC. Ever.

The ad itself provides more questions than answers. A young slacker teen (clearly marked as a slacker with the dumb haircut) toasts his family for their mundane daily activities, with each comment further cementing his status as a worthless piece of shit. 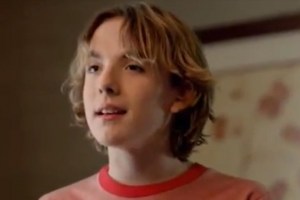 Is KFC trying to say that our children are all lazy assholes? Probably not. But all the ones that frequently eat KFC? Oh, totally. They're all awful, and not even the chickenman himself can deny it. Let's face it. The entire menu could be classified as dessert.

Even in such high spirits, the young teen just can't stop putting his foot in his mouth. His speech is problematic for a few reasons:

1. He has little regard for what the rest of his family is up to.
2. For a family eating free chocolate cake from KFC, they all look strangely healthy.
3. He's the only one eating cake.

That last one is the real dealbreaker. Why is he ALREADY eating cake? Everyone else is eating biscuits or chicken, with plenty of food on their plates. Yet here's the hotshot, eating dessert before anyone else even finished their meal. What a colossal asshole.

While KFC tried to capture a nice family moment, all they did was show a typical KFC-bred teenager acting like a douche to his parents. Only the skinny Hollywood version. 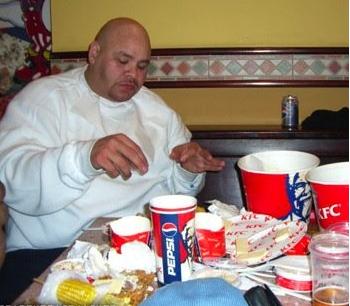 Just remember: if the chicken doesn't kill you, just wait for dessert!