Neon Trees and the Most Annoying Commercial Ever

Sporting events have long been the crown jewel of advertising opportunities, and companies have taken notice. While the spectacle that is the Super Bowl gets most of the attention (and revenue), advertisers are starting to turn their attention to other major events.

And why not? Live sports are one of the only forms of programming that's somewhat immune to the power of DVR. In today's era of extreme reliance on social networking, it's difficult to avoid spoiling the outcome of any number of matchups.

The NCAA tournament absolutely dominates the month of March, unless you're 81 years old and still more excited about spring training. Naturally, advertisers tried to bring their 'A' game and score an iconic commercial and (hopefully) new customers.

With the first few rounds of the tournament being broadcast across three networks, the opportunities for great commercials seemed bountiful.

Unfortunately, this was not the case. In fact, the most memorable commercials were memorable only because of the aggressive rate at which they were aired, and (in one case especially) their overwhelming suckitude.

Unlike the Super Bowl, instead of every company throwing down gobs of money for 30 seconds of airtime, it seems four commercials were selected and played on a loop. Across three, sometimes four networks.

Still, one commercial took the cake in terms of making viewers question why the hell they've been inside all day watching basketball when the weather is beautiful.

I'm writing, of course, about the Buick Verano commercial, and the star turn it gave Neon Trees. 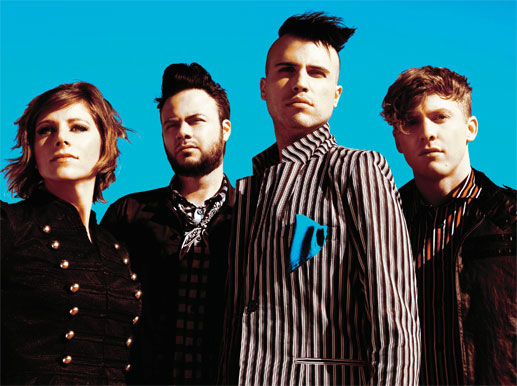 The commercial is so infuriating I never even realized there was a girl in the band.

Now, I'm not overly familiar with Neon Trees' work (though Animal was pretty inescapable a while back), but this has to be their big sellout moment, right? A Buick commercial!? Seriously? Since when are cars for old people rock 'n' roll? Since never, that's when.

I understand that the most important customer a business can tend to is the new one, and I'm sure both Neon Trees and Buick thought they could garner some interest from a new group of people.

Unfortunately, the increasingly infuriating number of times the commercial aired, in addition to the sheer ridiculousness of NT's lead singer, the pair seemed like more of a mismatch than Missouri and Norfolk State (just kidding). Why wear sunglasses in such an ill-lit bus?

Buick has never screamed 'cool!' and it probably never will. The attempt with Neon Trees, who are vaguely popular (who isn't these days?) fails miserably to earn them street cred, because, well, anyone willing to be in a Buick commercial can't be that cool, right?

Hell, Buick dumped this guy right before he revealed he was living a VERY rock 'n' roll lifestyle.

I can FINALLY sell that 2002 Buick Regal!

On top of that, the ad is downright terrible. The only laugh comes from the hooded figures singing "dry cleaners," but that is quickly overshadowed by the obnoxiously stupid heart-shaped sunglasses worn by the NT frontman (whose name is apparently Tyler Glenn).

And don't get me started on the finger-on-the-chin move when he starts belting out the song. Every time it airs someone out there watching throws a chair through the wall.

It's one thing to sell out, but something entirely different to sell out during every commercial break across three channels nonstop for an entire weekend. Hopefully, Neon Trees pulls a Duke and calls it quits after the first weekend.